“We’re over the moon to announce that our magical virtual reality strategy game is coming to Windows PC with a simultaneous launch on Oculus and Steam VR! Not only that, but it features an incredible new way to interact with the Peeps and move around the lush and beautifully hand-painted environments.  It’s time to get hands-on with the wonderful worlds of Tethered!

The game debuted on PlayStation VR in October 2016 to critical acclaim, bringing innovative and original gameplay to the embryonic platform.

Since then, we've been hard at work on developing a range of awesome motion controller interactions that allow players to physically use their hands in the world with support for Oculus Touch, HTC Vive and PlayStation Move. 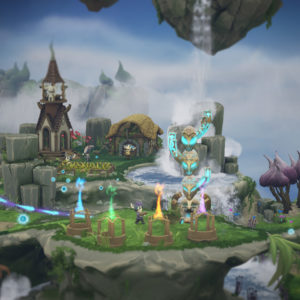 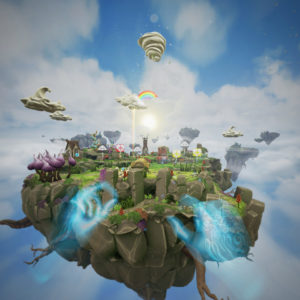 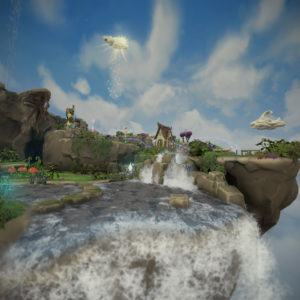 Not only that, but we’ve also been exploiting the increased horsepower that PC and PS4 Pro offers. As well allowing you to reach out with your hands and influence particles such as waterfalls and dust motes, the game’s already rich universe has been enhanced by the addition of even more surrounding sky islands, cloud layers and a beautiful aurora that can be seen across the night sky.
Image quality is noticeably smoother and the addition of dazzlingly beautiful god-rays and bloom effects make for a heavenly experience. A multitude of other improvements include material and particle enhancements, such as the refractive water and cascading waterfalls. The increased performance also allows us to boost the fidelity of the cool voxel effect we use during building and upgrading to heighten visual drama.

We’ll be announcing the specific date for launch in the coming days!”